Craigslist was good to me again. I got another free guinea pig cage, that also had two free hamster cages (aquariums) that I can use for my quail babies!!! Both are 20 gallons. 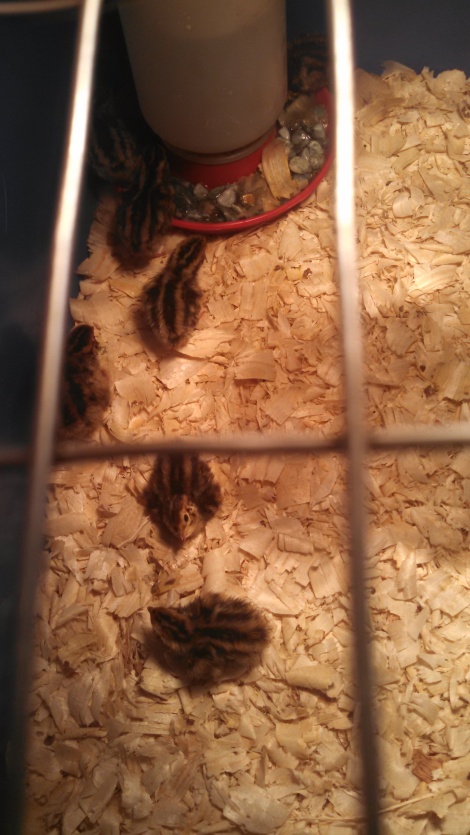 I also managed to get several free guinea pig babies, around a month old. This batch is named after simple machines, because I felt like getting my nerd on.

Spring is a spunky little girl! We put her into a 2 foot tall box, and a bounced right out! She also wouldn’t sit into the bowl for photography… She is smaller than her brothers, and had a tan mother. She weighs in at 0.58 lbs.

This is Lever! He is one of the prettiest males that I have ever seen! Totally keeping him for breeding purposes. He is 0.7 lbs.l, and the biggest of the trio.

Inclined Plane has some crazy hair going on! He has a Mohawk. He is 0.69 lbs.

Pulley was also hard to hold still, he is 0.62 pounds of a mess.

This is Speckles, a 2.6 lb Rex rabbit

Finally, this is a broken Rex named Speckles. He is about 9 weeks old, and is 2.6 lbs, slightly larger than my current bunnies. Since he isn’t related to any of my other rabbits, I am going to replace the current buck after the summer.