Well, all of the rabbits have moved to the shade, and I separated out Magicians litter. There are two females and seven males. They aren’t gaining well because they are so hot on the side of the wall in the afternoon. I hate eating when it is hot too, so I don’t blame them. There were also nine of them in a 24″ x 30″ area… So hopefully they will stay cool.

He average weight was 2 lb 8.3 oz. I also have bricks that I am soaking in cold water to keep them cool. They are in the shade. I also moved Magician and her eight kits out of the nestbox. 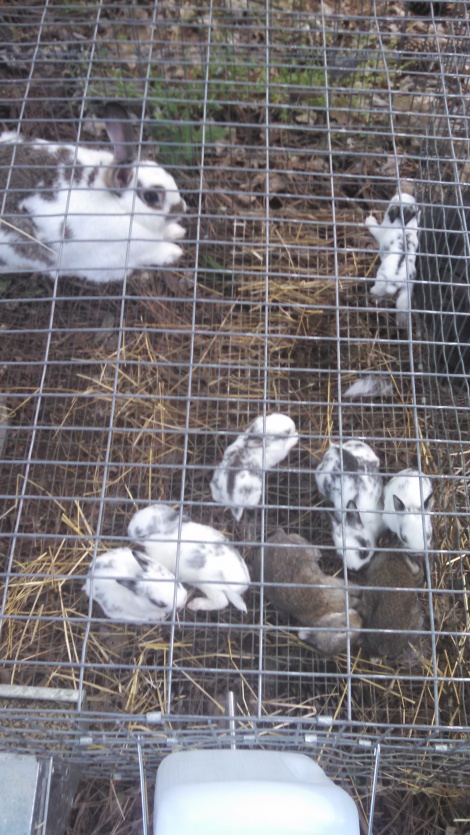 I also removed Flyte from her kits, as they are fully weaned.